Founded in 2006, Evolution Gaming has become a benchmark in live casino streaming services in online casinos. They have won many gaming awards in the past, including several times the Live Casino Supplier of the Year at the EGR B2B awards. The  company has their main office in Stockholm, Sweden, and operates studios all across the world, namely in Malta, Latvia and also Canada.

The games are hosted by real dealers and streamed over live webcam connections. Players can take a virtual seat at the table and enjoy an authentic experience of playing at a real casino table. Although it's not possible to talk to other players or the dealer by voice, you can leave chat messages in many games, that the host will be able to read and respond to.

Their broad portfolio of hosted games include Blackjack, Roulette, Dream Catcher, Monopoly Live, Baccarat, Dragon Tiger, Football Studio, Three Card Poker, Casino Hold'em, Caribbean Stud Poker, Ultimate Texas Hold'em and Texas Bonus Poker. Many of these games come in different variants and betting limits, and some even in other languages, including German and Swedish. Many games are available around the clock, but some are only available at certain times. Some casinos also have their own branded tables hosted by Evolution Gaming.

Where can I play at Evolution Gaming tables?

Evolution Gaming is one of the most popular live casino streaming operators, so it's no surprise that many casinos offer the games from them. Our overview table below shows many reputable casinos that have Evolution live games, and you can read detailed reviews for each operator, who by the way, are also fully licensed and have a good player reputation.

All games from Evolution Gaming

As mobile gaming is becoming more and more popular, the live casino games also had to be optimised for mobile casinos. Evolution Gaming is at the forefront of mobile live casino gaming, offering a fantastic streaming experience on mobile devices. Supported are iOS and Android, as well as Windows devices. When playing mobile live games, we recommend a fast and stable Internet connection. This is important, because if a live game interrupts, you may risk loosing your bet, as you may not be able to make important decisions, for example when playing Blackjack. To make sure that the connection is good enough, you can just watch the table for a bit without placing bets.

Evolution also offers casinos the option to host promotions at the live tables that make the games more exciting for the players and give them more incentives. These can be live casino bonuses and other promotions or raffles and competitions.

Evolution Gaming has licenses from many regulatory bodies that ensure the company adheres to strict regulations. They have a license from the UKGC (United Kingdom Gambling Commission), the MGA (Malta Gaming Authority), the AGCC (Alderney Gambling Control Commission), the Romania National Gambling Office, the Kansspel Commissie (Belgium Gaming Commission) and Canada BC. Additionally, they are also certified by the SKAT (Danish tax authority) and DGA (Danish Gaming Authority) in Denmark, AAMS (Amministrazione Autonoma Monopoli di Stato) in Italy and the DGOJ (Dirección General de Ordenación del Juego) and Murcia in Spain. This shows that the operator is serious when it comes to being compliant and offering players a real chance. These regulatory bodies are some of the strictest in the world and regularly audit the operator for compliance. Unfair games, or tampered game-play that would give players a disadvantage wouldn't be tolerated, and the company would quickly lose their licenses. In all the years of operation, there haven't been any instances where the games were unfair or tampered with.

It's important to play only at regulated and licensed operators, as you otherwise run the risk of being cheated out of your money. Evolution Gaming is a serious and trustworthy operator that players put their trust in. 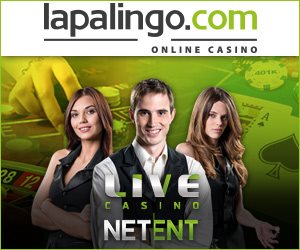 Book of Ra
All Slot Games and Filter