As of today, two hotel casinos in Las Vegas will be accepting the digital currency Bitcoin for payments for the first time. The Golden Gate Hotel and The D Las Vegas Casino Hotel are the first US casino establishments to accept this form of payment.

With Bitcoin you can pay for your room and other hotel services. In The D you can use the digital money to pay for your goods in the gift shop, the Italian Steakhouse and the American Coney Island Restaurant. However, using bitcoins for the casino is not yet possible.

Co-owner and chief operating officer of both hotel-casinos, Derek Stevens, says that many guests have asked for the payment method in the last year. He now hopes to attract the customers that would like to spend their bitcoins, but are unable to do so with other merchants. He also considers this situation, and his position as advantageous, as his establishments are the first ones to accept bitcoins. 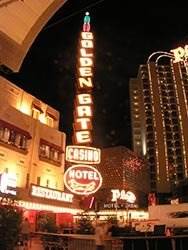 The Golden Gate Hotel was the first casino in Las Vegas located on the famous Fremont Street. It opened its doors to the public in 1906. A room with full board cost $1. The rooms were equipped with electric lighting, ventilation and radiators, but no air conditioning. Today, the rooms are even more modern and the casino is still popular among patrons. The atmosphere in the casino is very entertaining, there is loud music and dancing girls, and events and tournaments are held regularly. In 2010 the casino was the location for the largest bet at Roulette in history, when the filming of The Buried Life took place. The bet was 250.000$ on black... and they lost.

The D in Las Vegas is equally famous. It features the longest bar in Nevada with huge TV screens showing major sports events. The bar attracts many sports fans, as they can play their favourite slots that are embedded in the bar while watching sports. The hotel has recently been renovated and features 638 contemporary rooms and suites.

Bitcoin is a virtual currency that was developed in 2009 and is not regulated by any authorities. It works as a peer-to-peer payment system where users can transfer money to each other. The transfer is encrypted, and so is the creation of new bitcoins. When a payment has been sent a so-called 'miner' verifies it and collects a transaction fee and new bitcoins.

There are not many merchants that accept bitcoins as a means of payment, however, low fees give an incentive for the future. Another advantage is that the currency is not tied to any country and inflation is not possible. More and more shops, cafe's and other establishments, such as the two hotels in Las Vegas accept Bitcoin as a payment method now.

Bitcoin has also been under investigation for money laundering and other illegal activities. Furthermore the mining of bitcoins had been compromised several times, when bots and other malware were doing illegal mining. 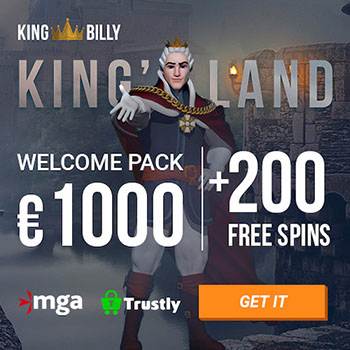 The Slotfather Part II
All Slot Games and Filter