This winter, Pragmatic Play hosts the Prize Drops & Tournament where players get the chance to play against other players in weekly tournaments, and win random extra prizes, from a prize pool totalling $62,000. 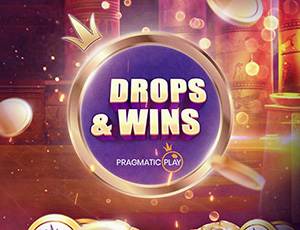 The promotion includes selected games from Pragmatic play that have to be played with a minimum real-money bet of $0.50 per spin.

The tournaments run from Thursday to Wednesday, and you can find the leaderboards in the game and see it updated in real-time.

To participate you have to open one of the participating games and opt-in to the promotion.

The tournament is a multiplier tournament, the players with the highest win multipliers will win prizes. This means that everyone gets a chance to win in the tournament, irrespective of the amount of their wager.

Each week of the promotion includes daily prize drops that players can win at random when they play a participating slot with the required minimum stake of €0.50.

A player can win more than one prize, of a total of 80 daily prizes, until they are all gone, or when the daily prize drop ends at 23:59 CET. Afterwards the prizes are reset to the next day.

The promotion includes the following Pragmatic Play slots that you have to play with a real-money wager of at least $0.50 in order to get the chance to win a prize.

All prizes in this promotion are real money and they can be withdrawn. Remember to read the terms and condition of the promotion at participating casinos, and you can also see details when you open participating games.

While the promotion is available at many online casinos, we can recommend a few of them to you.

Haul of Hades
All Slot Games and Filter