50K Cash Giveaway at Guts from September until October!

Guts casino is hosting their largest cash giveaway ever with a staggering €50,000 and 500 chances to win a share of this prize money. 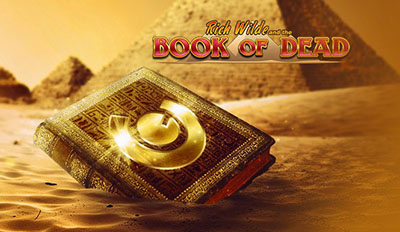 How to participate in this Guts casino promotion

Every time you play the games in the casino you will be awarded tickets. You can keep track of them and see how many you have collected at the top of the Guts casino page when you are logged in to your player account. You collect 1 ticket for every €10 wagered in the casino, up to a maximum of €100 per spin, and you can collect up to 500 tickets per week.

The prize draws and periods are as follows:

The leaderboard for the complete period is not based on the tickets that you collect, but on your achievements when you play the game Rich Wilde and the Book of Dead. You can collect points when you manage to get 5 of a kind combinations. At the end of the promotion the prize pool of €10,000 is divided over the best 100 players, with a top prize of €5000 for the player with the most points.

There are also some restrictions on which games can be played, you can find the complete terms and conditions of this Guts special casino promotion in the promotions section on the website.

This is a fantastic promotion where you can win some great prizes!

Holmes and the Stolen Stones